It’s a well-established fact that toddlers like sweet snacks and drinks.

It’s probably why there are multi-billion-dollar industries set around satisfying children’s’ sweet tooth. But if you happen to be a morally conscious individual, you’d often be faced with moral conflicts when shopping for your toddler.

Needless to mention, big companies and brands are more often than not, solely driven by profits.

This leads to them utilizing cheaper classes of ingredients, employing less eco-friendly operation standards and showing absolute disregard to ethics.

When transparent, such practices may not sit well with environmentally conscious folks and people who are empathetic towards other living beings. Vegans are collectively one such class of beings.

Now being a vegan parent doesn’t really always have to mean extending your values to your kid’s diet and lifestyle if it will compromise their well-being.

Although there’s some merit in the idea of raising empathetic children, they don’t have to be strictly plant-based in their developing years.

The key is finding a line between what’s necessary and what’s optional. For instance, as a vegan parent, you’d be better off feeding your child an entirely plant-based vegan formula just because there are such options available now. In contrast, you’d be left with slim pickings when looking for a vegan fortified cereal for your kid. Almost all cereals use sugar that’s put through a process utilizing bone char among other questionable ingredients.

The sugar controversy is fairly consistent in today’s analysis of Nesquik’s vegan status as well. We’ll dive into that and much more in this article to find out if and to what extent is Nesquik vegan.

Nestlé first produced it in 1948, and since then, Nesquik has been loved by millions worldwide.

The history of Nesquik is a story of perseverance, innovation, and evolution. Nestlé’s Nesquik drink mix for chocolate-flavored milk was first released in America in 1948 as Nesquik.

It was later popularized as Nesquik in Europe throughout the 1950s. Since 1999, the brand has been known as Nesquik around the world.

Today, the Nesquik brand may be found on a variety of items, including breakfast cereals and powdered mixes. for flavored milk, syrups, ready-to-drink products, candy bars, and Fondue fountains, Hot chocolate mix, and more.

Nestlé has always been proud of its achievements in making this drink mix possible.

The company also offers coffee and tea-based products, which are famous worldwide. Nesquik has become a staple in many homes because of its unique taste and easy preparation.

Nesquik is not vegan.

It’s time to face the facts: The standard Nesquik powder products contain some controversial ingredients, including sugar, biotin and natural flavor. These ingredients are derived from animal sources; hence Nesquik is not vegan.

These ingredients are typically used to create the distinctive taste of Nesquik powder, but they also make it a non-vegan product. 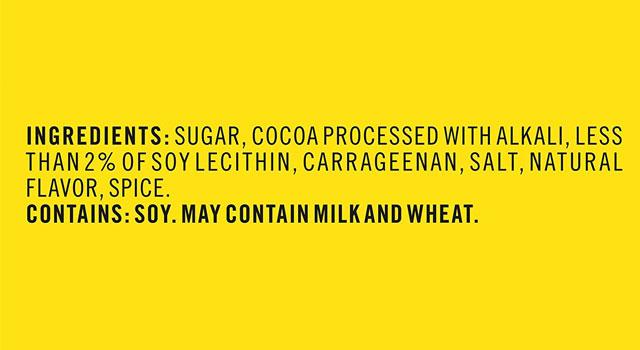 According to its United States distributor, Nesquik powder has the following ingredients:

Sugar is a controversial ingredient in Nesquik because it is not vegan.

Sugar is not vegan because some companies use bone char to make sugar. Bone char is made from charred cattle bones, as its name suggests.

Because of this, any sugar filtered into a fine, powdery texture using bone char is non-vegan since an animal suffers from the process.

Bone char is made by burning cattle bones at high temperatures. The heat causes the proteins and fat in the bones to release carbon, which then gets converted into carbohydrates.

The company that makes Nesquik uses this method to produce their powder and then sells it to consumers as a nutritional supplement.

Biotin is a naturally-occurring vitamin that aids in producing healthy hair, nails, and skin.

It is also an essential component of a healthy digestive system. But biotin is not always vegan. While biotin is available in nuts and seeds (like almonds) and some vegetables (like broccoli), it’s also found in animal products.

This means that the biotin you buy at your local health food store likely has come from a source that includes animal products.

Nestlé is a company that manufactures a lot of products, and they use a lot of different ingredients.

The ingredients that Nestlé uses are known as “natural flavors.”

Some people think that natural flavors are just plant extracts. Still, they can be made with various ingredients, including beef tallow, whey protein concentrate, casein powder, and other animal by-products.

Nestlé has been accused of using animal-derived flavors such as pigskin, beef tallow, and dairy creamers while calling its products “vegan.

What About Nesquik Strawberry Powder?

Nesquik’s Strawberry Powder is a great way to add some strawberry flavor to your morning cereal, smoothie, or morning snack.

Looking at the ingredient list we can clearly see that the Nesquik Strawberry Powder isn’t vegan.

The main ingredient in Nesquik Strawberry Powder is sugar—the most questionable ingredient when it comes to the vegan diet.

The method of production of sugar is non-vegan, and milk and other dairy products are also part of this product.

These ingredients are hard to come by in a vegan diet, so it’s very hard to say that Nesquik Strawberry Powder is 100% vegan.

What About Nesquik Banana Powder?

Nesquik’s Banana Powder is a delicious way to add vitamins and minerals to your diet.

It’s made from natural ingredients, including banana, sugar, and maltodextrin. It also contains beta-carotene and curcumin for color and flavor and sodium ascorbate for added sweetness.

The package says there are 11 milligrams of salt in each serving. That may sound low compared to other brands on the market today; however, we can’t overlook the fact that Nesquik’s Banana Powder contains cholecalciferol (vitamin D), originally derived from sheep’s wool—not exactly vegan fare either!

Final Thoughts on “Is Nesquik Vegan?”

It’s no secret that toddlers love chocolate milk. They’re capable of getting their hands on a sippy cup, reaching for the fridge door and pouring themselves a tall glass of chocolate milk, and then slurping it down in one gulp.

But what about those of us who don’t want to be the reason that our toddler has to drink animal products?

What if we could make sure they didn’t get them at all?

Luckily, there are some things you should consider to ensure your toddler avoids animal products in their diet.

The first thing to consider when deciding whether something is vegan or not is whether or not it contains milk.

Milk is not part of a vegan diet, so if you see any milk-based ingredients listed on the label, then it’s best to avoid that product. Another thing to consider is whether or not there are any animal byproducts in the product. Animal byproducts include honey, biotin, gelatin and whey powder.

If any of these items are present in the product, then chances are good that it’s not vegan-friendly.

The most important thing to remember when buying Nesquik Products is to check the ingredient list carefully when you’re shopping for food.

Some foods may seem vegan, but they contain non-vegan ingredients. You should read labels carefully and educate yourself on where your food comes from so you don’t accidentally buy something that isn’t vegan just because it doesn’t have eggs in it!