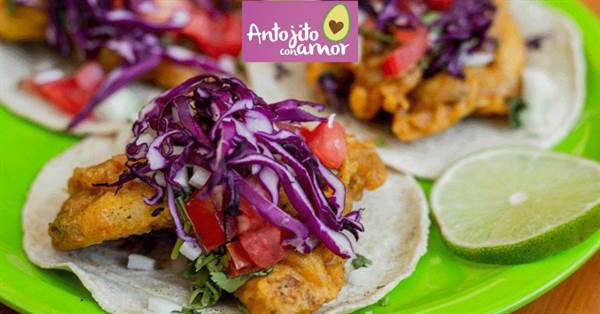 We did our best to eat at every single vegan restaurant – all in the name of research of course. 😆

Antojito Con Amor was the first vegan restaurant that Miriam and her sister Karla tried in Cancun. They couldn’t believe it was vegan because the menu didn’t sounds vegan, it was just like any other Mexican restaurant. The menu even lists “mozzarella cheese” instead of “vegan cheese” which makes you doubt if its really vegan.

In fact, we called the owner twice to check and were assured that everything is vegan and we’ve since eaten there many times without a problem.

Here’s everything you need to know about Antojito Con Amor Vegan Restaurant Cancun.

Antojito’s Con Amor is in Downtown Cancun, which is safe for tourists and easy to get to. We lived Downtown for 6 months and visited Antojito’s both in the day and at night without any issues.

The restaurant is just off one of the main roads in Downtown called Avenida Cancun, the address, restaurant map and directions are here.

The menu is fairly extensive, but they also have regular specials they usually announce on Instagram and Facebook.

The menu is in Spanish, but they also have an English version. Here’s the fully translated and verified version for you (every dish is 100% vegan):

Delicious crunchy breaded to perfection accompanied by your favourite sauce.

200 grams of french fries with melted cheddar cheese, topped with your favourite veggie meat of your choice.

Served with onion, cilantro and pineapple.

These were Skye’s second love in Mexico (Miriam was first of course 😍). The week Miriam gave Skye a pambazo, he ate 10 of them over the next 5 days!

Miriam’s first experience with Antojio’s pambazo blew her mind too. They were one of her favourite Mexican dishes since she was a girl, but she couldn’t eat them often because her Mom didn’t let her eat out (“There’s food in the house!” 😆)”.

Miriam thought the vegan pambazo wasn’t going to be like the real one, mostly because they contain chorizo, sour cream and cheese, but her first bite was amazing! She felt like she was back in Mexico City eating a real Pambazo, she was confused and delighted at the same time.

Some pambazos are cooked in cheap, overused oil which makes you feel sick, but Antojito’s does not do this, so we never had any illness or feeling like we’d eaten too much junk food.

We both still dream about these and talk about them often, even 6 months since we left Mexico! 🇲🇽

Another popular Mexican dish from Miriam’s hometown of Mexico City. They are made with masa dough, filled with smashed pinto beans and folded into an oblong shape. The base is then fried and its served with a variety of toppings including green or red salsa, onions, potato, cilantro and vegan meat finished with sour cream.

These are traditionally served with fried cactus leaves and the name comes from the shape of the masa, which is similar to the popular sandals of the same name. Nike also has a sneaker with the same name you might have seen.

All alambres comes with 4 tortillas and are accompanied by green and red sauces.

Sweet peppers, onion and the vegetable meat of your choice.

Beyond meat patty in rustic bread with “veganese” over lettuce, tomato and red onion.

Wheat toast with vegan ham, “veganese” and choose 2 out of 3 options of cheese, mozzarella, cheddar and American.

Wheat toast, “veganese” and choose 2 out of 3 options of cheese, mozzarella, cheddar and American.

Mushrooms with onion and roasted peppers, served with melted cheese.

Veggie patty made with soy and wheat, American cheese, lettuce, tomato and pickles.

Tofu sausage with onion and tomato.

Served with ketchup and honey mustard.

Ask for the available options.

With peanut butter and bananas.

Antojito’s takeout is available from Uber Eats, however, the specials change daily so call the restaurant to enquire. They will tell you the price of the special and tell you to order something else (with the same value) and leave a note telling them the name of the special.

We did this 4-5 times without any issues.

The only negative is the take out menu does not have the same dishes as the restaurant. We called before and asked for particular dishes only to be told they’re not available for home delivery.

Donuts are another speciality at Antojito’s.

They taste just like a regular donuts and are soft with chocolate that tastes like milk chocolate (unlike the typical dark chocolate flavour). If you’re having donuts make sure to get more than one because they only make them once a week.

Gansito is a typical Mexican cake bar that Miriam enjoyed as a kid in Mexico City.

Gansito’s are a sponge and jam filled, chocolate covered bar with chocolate sprinkles that’s sold across Mexico and the U.S. Antojito con Amor is one of the few places that has made a vegan version called the Vegansito (the other place is Sirena Morena Cancun, see our review here).

Every Tuesday 3 tacos for the price of two (doesn’t apply to take out):

Soup of the day (only Monday to Friday from 2pm to 5pm):

Discount – Bring your own tupperware when collecting takeout and get a 5% discount:

Buy 1 hamburger or supreme hotdog and get the second one at half price (Only in restaurant, does not apply beyond burger, nor triple burger):

The food at Antojito Con Amor Vegan Restaurant Cancun is incredible! Some of the best vegan food in Cancun for sure.

Other places like Vegan Planet or Sirena Morena have more healthy vegan dishes, but Antojito’s has more of the vegan junk food we all crave!

And Antojitos does vegan junk food better than anywhere else in Cancun, except maybe Caribe Vegano.

Of everything we ate, our absolute favourite dishes were:

Antojito’s has recently moved locations, the picture above is of the old location, this is the new location:

The restaurant itself is basic, there are basic tables and its clean and bright inside (even though this picture isn’t).

We enjoyed the experience, the food was great and everything was relaxed. We visited Antojito Con Amor vegan restaurant Cancun multiple times and always had a good time.

The service was always good. The kitchen is open, so you can see your food being prepared and you order directly from here too.

You then wait at your table and they bring the food to you once its ready. When the meal is over, you go back to the open-kitchen area and pay.

The staff were always friendly and made conversation with us.

In the old location there were multiple restaurants with communal tables, so you’d get more families but the new location is only Antojito’s so the crowd is mostly younger people.

The menu has a lot of options, with multiple choices in each category (sandwiches, tacos etc). There’s so much to try, one visit is not enough.

We visited Antojito’s many times and had takeout and we never had a bad meal.

The regular specials mean there’s always something to discover each week, we loved calling the restaurant each week to discover the latest vegan inspired dish being offered. Sometimes we called too late and missed out, on other days we managed to get the goodies!

Antojito’s is very reasonably priced with tacos or a sandwich costing just over 3 USD. That let’s you order all of the dishes you want to try, eat what you can and save some for later.

The food doesn’t go bad and often tastes even better when you reheat it later in the day. We did that with Pambazos many times without any issues.

We gave Antojito’s an 8 because the deserts menu is small, the deserts on the specials menu are great but are tough to get before they sell out/stop being made.

Also, the location is a little far from the centre of Downtown which means we always need to take taxis to get there.

Antojito Con Amor vegan restaurant Cancun is a little out of the way, its around 20 minutes in a Taxi from the hotel zone and just over 10 minutes from Downtown Cancun.

Note: The images of the location on Google Maps are incorrect! This is the old location:

There is no picture of Antojito’s new location (we asked the owner directly), so the images you see are of the previous restaurant that was there. Anyway, don’t let the exterior put you off, some of the best food in Cancun is in places like this.

To make it easier to find, here’s a map and photos of the location:

We visited the new location last week and the area has changed since the Google Maps images, here’s how it looks now:

The area Antojitos Con Amor Vegan Restaurnt Cancun is located in is a typical local area, but not close to Downtown, so you’ll need a taxi to get there (thankfully taxi’s and Ubers are cheap).

You’ll also find two other great Cancun vegan restaurants not far away: Vegan Planet and Sirena Morena (see our review here) and we’ve also marked in purple where the main street in Downtown Cancun is so you can see the location easily.

Must Know About Antojitos Con Amor 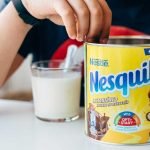 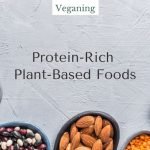 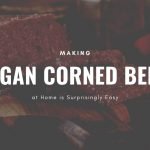 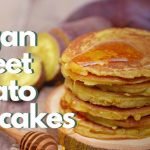